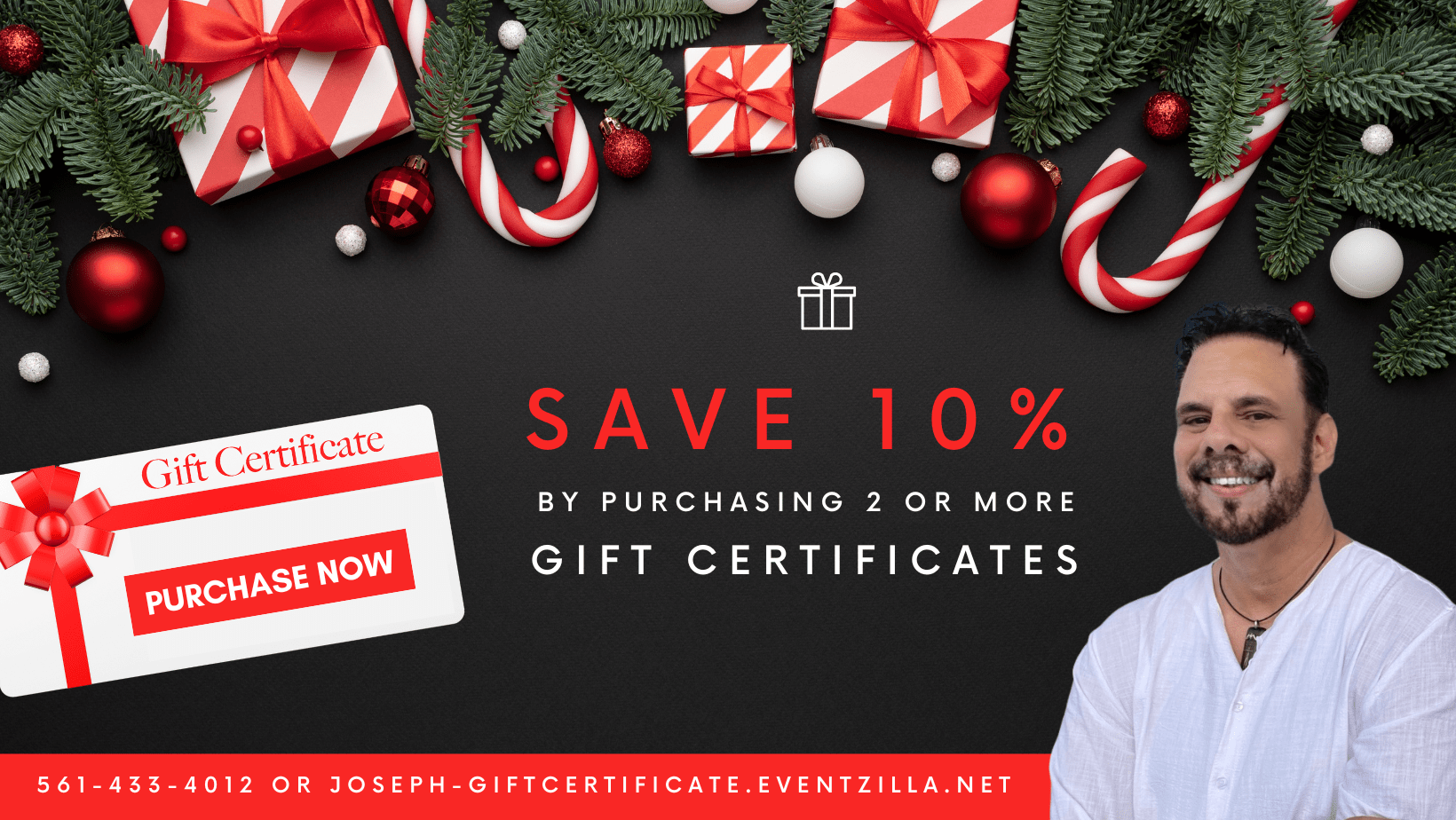 SAVE 10% BY PURCHASING 2 OR MORE GIFT CERTIFICATES

Give a gift certificate this year that is memorable and priceless with a session with Joseph “One of America’s Most Love Mediums” Joseph has helped thousands of people with closure and direction in life. Gift certificate are available for Mediumistic, Lifepath and Healing sessions. Also visit our store for Books, ebooks Audiobooks, Cards and Affirmations Meditation Downloads recordings. 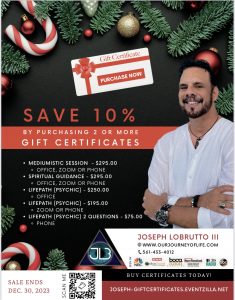 Noted by his own peers as being one of the best evidentiary mediums in the country,  Joseph is on a fast track to becoming one of America’s most loved Mediums. Joseph’s ability to connect is like using Direct Dial.  Amazingly, he is able to contact the Loved Ones that you are specifically seeking 95% of the time by using his unique gifts. Joseph has helped countless numbers of people who are grieving the loss of their loved ones by bringing messages of love, hope, and joy from the other side. Known for his warm heart and humble nature, he has become widely known for being authentic along with his ability to predict and deliver startlingly accurate and precise readings to his audience through his psychic abilities. See what life has in store for you as Joseph helps you to choose a path that leads to the best outcome.

Known for his uncanny abilities of mediumship, you will be on the edge of your seat during one of his galleries wondering what Joseph will do or say next as he creates yet another unforgettable experience. Working with his spirit guides, known as “The Collective, Joseph also perform miraculous healing of major diseases, emotional and physical trauma, depression, and addictions. Everyone receives the benefit of spiritual balance for a healthy mind, body, and soul connection through his healing. He has also published several of the most enlightening books in the New Age market; ”Is There More to Life Than What We Know?” and his amazing new book “Speaking to Heaven”.